Barcaldine Castle and the Isle of Eriska

Located just a few miles north of Oban, you can find Barcaldine Castle on your West Coast 200 route. The 17th-century castle, also known as ‘Black Castle’, is actually a tower house built by Sir Duncan Campbell. Like many castles, Barcaldine Castle supposedly has a resident ghost. The ghost is Sir Duncan Campbell; visitors are said to have spotted the ghost roaming through the castle searching for the man who murdered him.

If you’re not scared of a haunted hotel, the Barcaldine Castle is a B&B now. While the Campbell family built the castle, they fled the castle in the 18th Century and then repurchased the castle in 1897 when Sir Duncan Campbell 3rd Baronet of Barcaldine restored the building into something beautiful. 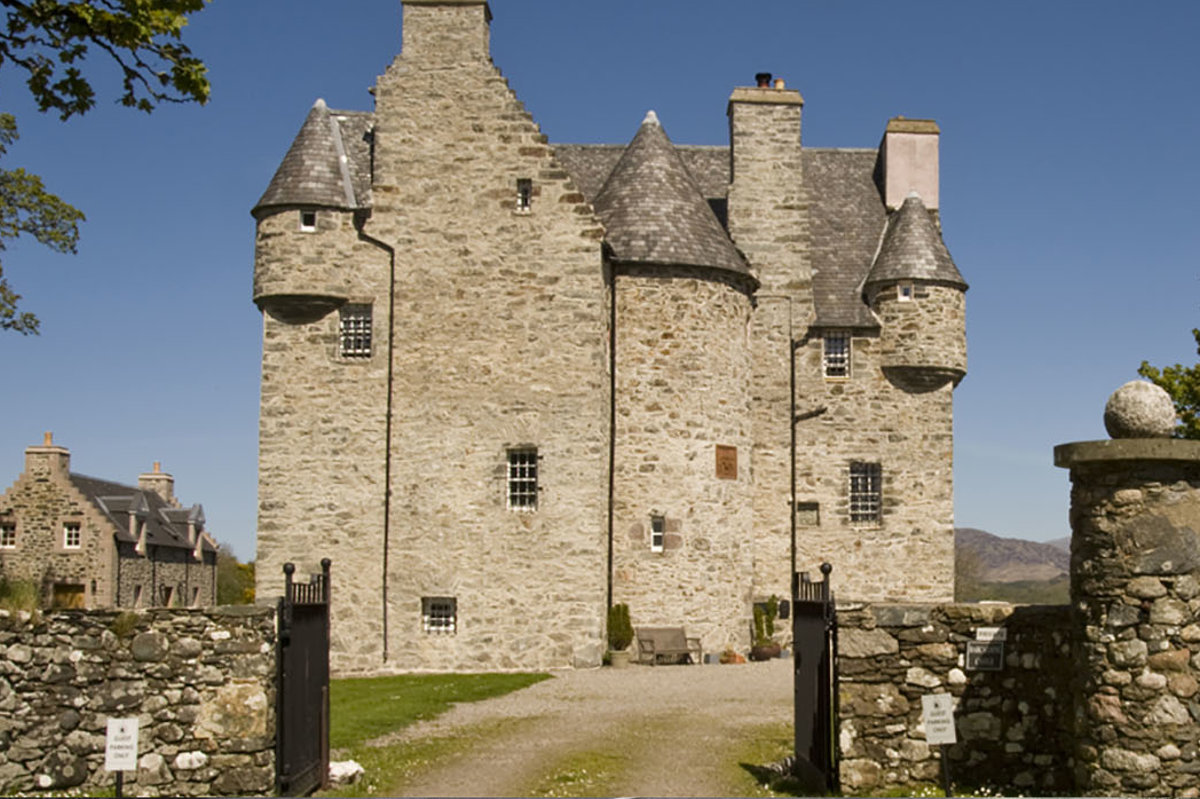 The B&B offers fantastic views whatever the season and the beautiful ancient features buildings, which makes it the perfect place to unwind and relax after a day outdoors.

If a castle stay is not enough, then how about a private island hotel? The Isle of Eriska Hotel and Spa is an island in Loch Linnhe and offers truly breathtaking views and serenity. As well as the hotel, there is also a restaurant, bar and spa on-site as well as self-catering cottages available too.

Eriska Hotel also offers lots of activities too. However, most come to enjoy the mesmerising views while trying to spot the golden eagles above and the seals and otters in the waters below.