From Tarbet, the West Coast 200 route heads north onto the A82 and back up to Crianlarich. The A82 from Tarbet begins by following the length of Loch Lomond, until the tip of the loch at Inverarnan. Inverarnan is a small settlement. However, it does still have some notable points of interest.

The first is The Drovers Inn. The famous inn has been in business for over 300 years, and in that time, it has had many famous guests, including the actor Gerard Butler and Rob Roy. However, it is the ghosts and hauntings that attract most people to The Drovers Inn. In fact, The Drovers Inn has a claim of being one of the most haunted hotels in Britain. 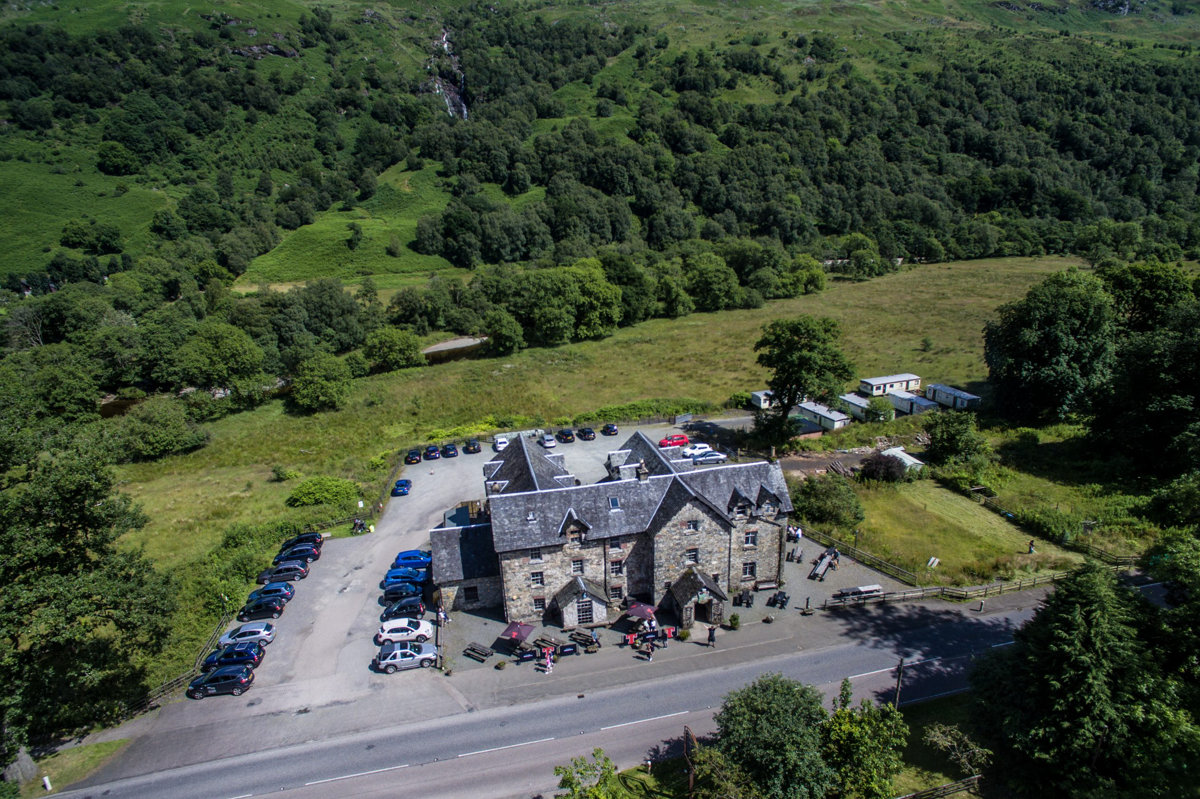 The main ghosts of The Drovers Inn are supposedly a family with a young family of crofters who were kicked out of their home and began walking south in the winter to find themselves a home and create a new life for themselves. In a heavy snowstorm, the family were heading to the Drovers Inn; however, after taking a wrong turn they perished to their deaths in the snow.

Many guests at the Drovers Inn claim to have seen the family wandering about the Inn and even one couple who stayed at the B&B claim they saw the ghosts of the family shivering at the end of their bed.

If ghost stories aren’t your thing, then Inverarnen also has the Inverarnen Canal which is where steamships visited thanks to the canal from the River Falloch.